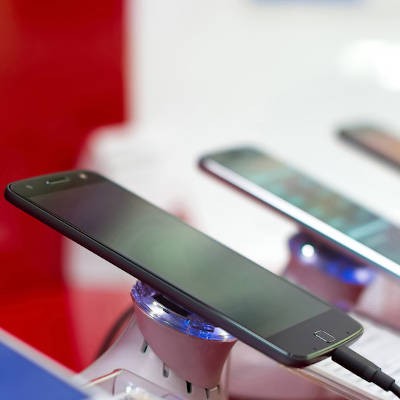 A Brief History of the Mobile Device

Mobile devices are in the same boat as the Internet. They’ve only been around for a couple of decades, but demand for both is inexorable and continues to redefine the way people compute. Let’s look at a brief history of the mobile device and see how we’ve got to the point where society couldn’t function without them.

At the beginning of the mobile device there was war. The invention of radio early in the 20th century was the first noteworthy moment. Guglielmo Marconi and Nikola Tesla had a spirited competition to see who could bring radio to market, with Marconi ultimately winning out, he was honored with the Nobel Prize in 1909. This technology was immediately picked up by militaries from all ends of the planet, and was used in the late stages of WWI, the Russian Revolution (and the subsequent October Revolution), and the Spanish Civil War.

Over the next half century, the radio, while still used for war, became commonplace throughout the world. The radio was the first wireless consumer device, and they could be found in tens-of-millions of homes worldwide. In fact, in the United States alone, 95 percent of homes had a radio on VJ Day, the end of World War II. At that time, there were over a thousand radio stations in the United States alone.

As radio became the predominant way people got the news of the day, listened to the ballgame, and were entertained, radios got smaller. They could fit in the car, and then not too long after that, they could fit in a person’s hand. The development of the portable radio was the first time people understood the convenience of having portable technology. The worldwide reliance on the medium was absolute, until the establishment of the television in the 1950s.

It wasn’t until the late 1970s until the modern mobile device began to become a possibility. With technology advancing on many fronts, manufacturers began to see the utility of having mobile telephone and computer options. This led to several manufacturers trying to find the technology that would allow them to communicate in places that simply weren’t possible.

The first set of wireless phones were added to luxury cars and train cars and other places where affluent people could take advantage of the technology. The first cellular phones--phones that today carry the 0G designation--started being developed as early as 1974.  Personal computers were just becoming a trend at this point. It would take almost 40 years before the trajectory of the two markets would intercept.

In the early 1980s, something changed. Cellular technology began to improve, as did the form factors of mobile devices. In 1984, the Motorola DynaTAC 8000X Advanced Mobile Phones System was introduced. The phone, which weighed in at a whopping 28 ounces, cost $4,000, and took 10 hours to charge for 30 minutes of talk time. Irregardless, it flew off the shelf. It sold around 1,200 phones in 1984 alone; and, based on that success, innovation was swift.

If the mid ‘80s were good for the cell phone, things were great for the PC market. From the mid-70s to 1980 there were an estimated one million PCs in the U.S. By the mid-80s, 10s of millions of personal computers had been sold.

It took till 1981 for manufacturers to develop anything resembling what we would call a mobile PC. The Osborne 1 was the first mobile PC, but it was about the size of a suitcase. The Epson HX-20, a PC that had a four-line display and used a microcassette to store data, would forever be known as the very first laptop. Like cellular phone technology, the innovation of the laptop was moving faster.

By the mid-90s, mobility started to become commonplace. Cell phones got smaller, more manageable, and more affordable. The laptop form factor would resemble the laptops we use today, the first touchscreen devices started to pop up, and mobile networks started to become better at transmitting data.

In the late 90s, 2G cell phones such as the Nokia 5110 made cellular calling commonplace. In the same era, competition in the laptop markets started to help prices stagnate after these devices regularly fetched $3,000 or more before that. Device manufacturers such as HP, Dell, and Compaq took advantage of the computing boom to grow fast.

It was in the late 1990s when cameras started being manufactured deliberately for phones. Only a couple cycles after that, the cameras had made their way onto the phones. This uptick in constant innovation would soon begin to revolutionize the modern mobile device, and change the way that people looked on mobile computing.

As 2000 approached, new mobile devices started to come to market: flip phones, phones with built-in qwerty keyboards, and other phones with touchscreens. Mobility started to become a priority, so devices represented that shift. Laptops began to function just like a PC and saw their price point come down significantly. The tablet computer-first with the stylus and then with the touchscreen--started entering the market.

As the 20th century came to an end, technology was growing rapidly fueled by innovations in hardware, software, batteries, you name it. From the stand-alone device features, manufacturers were starting to create devices that incorporated multiple technologies. Device manufacturers such as PALM, Nokia, and Apple started putting together what we’d later call smartphones. These devices combined the calling and messaging features of cell phones with the data storage, processing, and other specifications that allowed for better computing. The launch of Apple’s iPhone in 2007 set the standard for what consumers would come to expect from their devices.

Luckily for consumers, the establishment of the iPhone was quickly followed by other options that provided similar functionality. The smartphone was born, and with it the most popular computing device the world has ever known. Today there are 3.5 billion smartphones, most of which are powered by the Apple App Store and the Google Play Store. With millions of apps on each, the smartphone is now the predominant computing device in the world.

How Smartphones Have Changed Business

With the way we can communicate and collaborate changed forever, laptops, tablets, and smartphones have changed the way people approach business. There are a couple of ways it has changed:

The smartphone is one of the best tools a business professional can have, and laptops are simply portable PCs. Can you think of any other ways these mobile devices have changed business? How have they changed your business? Where do we go from here? For more great technology content subscribe to our newsletter. 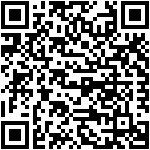