E-Waste Continues to Be a Major Problem The world produces over 50 million tons of e-waste every year as consumers and businesses throw out their smartphones, computers, and appliances, less than 20 percent of which is properly recycled. The other 80 percent ends up in a landfill or broken down improperly. Today, we will talk about our growing e-waste problem and what industry professionals are doing to reduce it.

The E-Waste Problem
Plastic waste has become a major issue over the past few years, and today, we’ve come up with an effective system to get this managed. E-waste, on the other hand, despite being nearly all recyclable remains an issue. E-waste is actually a remarkably expensive issue for the world, with some reports placing the value of e-waste as high as $62.5 billion--more than the GDP of most countries, to put it in perspective.

With less than 20% of all e-waste being properly recycled, most devices find themselves in landfills, taking up space in developing countries and exposing people to dangerous substances. E-waste that finds itself in a landfill might be burned, in turn spilling toxic and hazardous materials into the air, or contaminating soil and groundwater, creating further issues for countries unable to manage the sheer volume of e-waste.

Several initiatives have been attempted to revamp the way we, as a society, approach the issue. Some think that making devices more durable will resolve it, as devices will be less likely to break and more long-lasting. Others think that a buy-back program is the correct approach, as it encourages users to trade their old devices in for a new one, improving the odds that the old devices will be properly recycled. Ultimately, it becomes a question of whether the device, and the resources used to create it, will be thrown out and become unused.

How Your Organization Can Help
It might seem like your business won’t make much of a difference on its own, but every little bit helps. You can start by being more mindful of how your organization handles unneeded technological assets, like workstations, smartphones, laptops, and other IT-related devices and components.

You also need to make sure that any devices you want to recycle are wiped of any company and personal data, so be sure to work with a technology professional to make this happen. JensenIT can help you make this happen. We can also help you make the most out of your old devices, whether it’s recycling them or repurposing them for other uses. To learn more, reach out to us at (847) 803-0044. 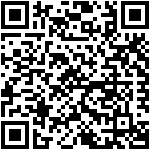