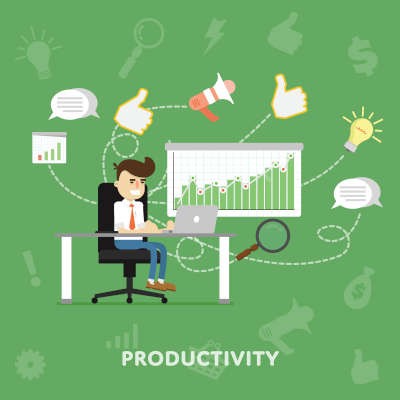 You Still Have to Hit Your Marks If there is one thing that the COVID-19 pandemic has taught us is that a person’s environment may not have as big of an effect on productivity as we once thought. That said, many businesses that were forced to disperse their workforces as stay-at-home orders were put in place, have seen their overall productivity drop by about one percent (depending on who you ask), which considering all the variables is a win for any business that needed to go that route. In fact, some employees are so much more productive than they are at the office that now that many businesses can reopen, there is a decision to be made. This month we thought we’d talk about how crucial your productivity figures are to your business and how it may have an effect on your management style moving forward.

When the first stay-at-home order was issued in March of 2020, small business owners were less phased than their employees. Some maintained that they would defy the order because they simply didn’t think they could trust their workers to be productive at home, and some weren’t set up for the type of extended remote work. Two weeks later, however, there was a completely different song being sung. Governors were serious about closing businesses to protect the health of workers and to ensure that the healthcare facilities weren’t overrun with sick people.

The small businesses that were able to move their operations offsite quickly realized the benefit of having solutions in place that allowed for remote workers. The ones that didn’t either scrambled around to try and get digital or had to suspend operations. Unfortunately, some of those companies will never reopen. Relying on remote productivity was the only way forward, and for the past three months, business owners have reaped the benefits of this technological shift.

Many workers have been asking to have work-from-home flexibility for years. Employers, up until the beginning of May, weren’t really that receptive. In fact before the pandemic hit, just under five million--or 3.4-percent--workers in the United States worked remotely for one company. 13 million total (including gig economy workers) worked remotely at least one day at the end of February. By April 31, however, 63-percent of eligible workers had worked from home for at least two days. That number continues to climb. Some would say that the stigma that went along with it is all but completely lifted and expect that work-from-home flexibility will be here to stay. That, of course, remains to be seen, but one thing is for sure, employees are generally staying productive during this crisis.

Why Was There a Stigma on Remote Work?

In the early 2010s there was a major shift towards allowing remote workers, but it was stigmatized when productivity figures for companies that embraced the policy were down. About the same time Yahoo!, which at that point was a failing Internet behemoth, decided to recall their remote workers after it was found out that remote executives were outsourcing their work offshore and collecting large paychecks. Other notable Silicon Valley firms followed and startups, not wanting to waste on unproductive remote workers, created their own policies with this very public scandal as the impetus.

If you take the very public stigma and you add in the fact that employers have more control over their staff if they are working on the same computing network at the same location, it was a perfect storm. Coupled with the possible distractions people have while they work from home, you can’t really blame employers for making the decision to not offer remote work to their employees.

Now, having been forced into it by the COVID-19 pandemic, the stigma has all been lifted. Some people work better remotely, and while it may have taken your staff a little bit of adjustment, after some time, most businesses are seeing that their operations can work, and often excel with the use of remote workers.

On the other hand, the workers themselves, after the initial adjustment period have met the challenge head on. Whether they will be as productive when society reopens and there are more things for people to do remains to be seen, the transition has been a successful one for tens of millions of workers in all types of industries.

What Are the Best Things About Allowing Remote Work?

To finish up, we thought we would list a few things from both the employer’s and the employees’ perspective that makes remote work so beneficial.

Remember, just three months ago it was unfathomable that most employers would have let their entire workforce work remotely for a day, let alone for weeks at a time. There have been some serious benefits to businesses, however. They include:

You may think it is all a win for the employee but working from home takes some getting used to. Here are three benefits employees can see from remote work:

Overall, allowing for remote workers will work to save you and your staff money, get comparable (or increased) productivity, and make your staff happier to work for you. Sounds like the building blocks to a pretty great employee/employer relationship.

If you would like to talk to one of our professional business consultants about setting your business up for remote work. Or if you are looking to add some technology to help you get even more out of your remote workforce, call JensenIT today at (847) 803-0044. 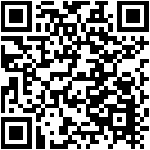 The Current State of Cybercrime Paints a Grim Picture for Businesses
Over the past year, entrepreneurs have focused on how to do business during the global COVID-19 pandemic. The public health crisis has been an opportunity for fraudsters and hackers, and the result has been an increase in losses (compared to the second-worst period on record) by over 50 percent. Let’s consider the situation, and how it is—unfortunately—getting worse.
Read More