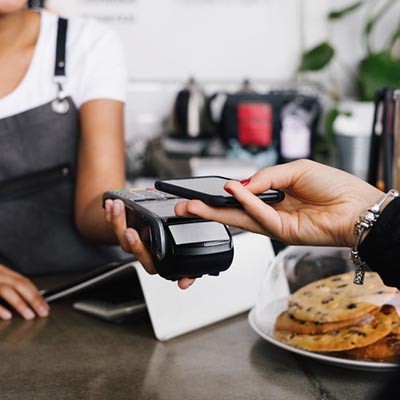 Smartphones Have New Roles in Business No doubt you’ve noticed the increased use of smartphones. No matter where you go, people are on their phones. Sometimes they are using them in places you wouldn’t even imagine. For the modern business, employee smartphone usage can be a major pain in the side. Today, we’ll go into how smartphone usage helps and hurts a business and how to go about keeping employees from being on their phones for large chunks of the workday.

Smartphones in the Workplace

Why don’t we start with the truth. Yes, smartphones are a distraction and largely a hindrance to productivity. Some businesses deal with it more than others, but a study conducted suggests that employees spend an average of 56 minutes per day on their phones. Since for the full-time worker that works out to about 1/8th of the time, that means that productivity is at least 10 percent lower than it should be. Until you factor in the other way that smartphones affect an employee’s performance.

Businesses today want their staff to be available more than ever. You don’t punch a clock anymore, you use software to track your time, so when a work-related issue comes up in non-work hours, waiting for the answer can make a big difference. The modern employer takes advantage of their staff’s reliance on their personal devices by effectively extending access to their knowledge around the clock (more about this later).

With a chunk of the day being spent on their phones, the modern worker has to know that this behavior isn’t in the best interests of the organization. Conversely, management has to know that their staff can’t possibly care less about their concern. They get their salary--or more frequently their hourly wage--to come to work and do a job. They need to have a life outside of work, after all.

With this thought in mind is where companies start to go wrong. Managers realize that it is much costlier to onboard new people who don’t use smartphones, or who are less willing to do so, so they create archaic and completely unrealistic policies and are left scratching their heads when even their best performers don’t comply with the policy.

The truth is that since people are going to use their phones, making them understand where you stand on the issue is the best policy. You have to make it clear that you understand that people have hobbies and families and all the other things that have people spending all that time at work; and, ask them to respect the organization. In doing so you set a very solid guideline to what facilitates wasting time on phones that people will do their job and use their phones more sparingly.

The fact is that trying to control an uncontrollable situation will leave you tearing your hair out and should be avoided if possible.

Smartphones Out of the Workplace

Outside of work is where the business can make up some of that ten percent. Since it’s obvious that everyone uses their phones inside your office (where it is taboo), it stands to reason that they will be constantly using their phones outside of the office. For the most part, this is true. Studies routinely show that people use their phones between three and four hours per day on average. That means that the average person is on their phone for over three hours per day outside the office. At first glance, this seems like a ridiculously high number, but when you begin to think about it, the smartphone is a major part of so many people’s lives that four hours per day seems about right. How long do you last without checking yours?

This opens up opportunities that haven’t traditionally been there to engage with your workers outside of the office. Not only are they more apt to check their company-provided accounts (email, voicemail, instant messaging), if you were to contact with a pressing issue, there is a much better chance than ever before that the person will engage with work-related questions in their off-time. This constant availability can have a lot of benefits for your business.

So, with a majority of the worlds computing being done on devices that can fit in the palm of a hand, of course there would be a campaign by hackers to take advantage of this computing shift. Today there are mobile malware strains that, if they were to get onto an enterprise network, and get past their security, it could cause some serious damage to a business.

To avoid these circumstances, businesses need to enact a Bring Your Own Device (BYOD) policy that uses cutting-edge mobile device management tools to administer all smartphones and other devices on the network. Your staff may deride the decisions to implement this system at first, but if their two options are using their service plan data or using your wireless network, most of them will absolutely opt in.

For more information about implementing a comprehensive BYOD policy for your organization, and what technologies you need to take advantage of increased smartphone utilization, contact the IT professionals at JensenIT today at (847) 803-0044. 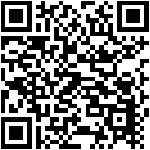