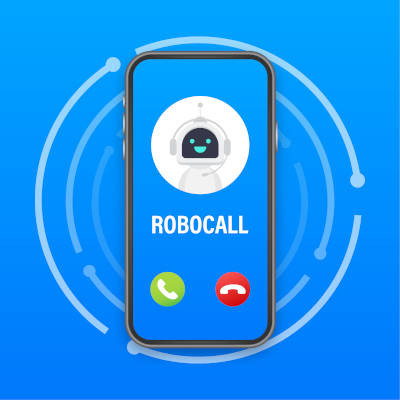 The 2021 Guide for Stopping Annoying Robocalls “It was getting to the point where I wouldn’t answer my cell phone anymore.”

Does this sound familiar? If you get a lot of scam calls, you are probably ready to toss your phone off a pier. Not only are these calls annoying, they can be outright dangerous. I’m going to tell you right now—stopping them altogether isn’t easy, but there are ways to prevent them to a degree.

What Can I Do to Stop Scammy Robocallers?

There’s some good news. All four major US carriers have free spam call blocking of some sort. On top of that, thanks to 2019’s Traced Act, law enforcement has been granted even more power to fight back against the entities that turn our phones against us. Google and Apple have gotten involved too, offering features to prevent unknown callers and to redirect spam calls. More features and tools are on the way, and the Traced Act hasn’t even been fully implemented across the board yet. In other words, there’s hope for the future, but it might take a while.

First of all, let’s hit some of the basics that will help protect you, and hopefully slow down calls like these:

These might not work for everybody—what if you use your cell phone to conduct business, and new prospects are calling you all the time? You should at least follow these tactics:

Check with Your Carrier

As mentioned, the four major carriers in the United States have free call blocking capabilities, as well as premium services. Frankly, we strongly feel that the consumer shouldn’t have to pay, and that it’s up to the carriers to solve this annoying problem, but a few dollars a month might be worth the peace of mind.

Sprint - Sprint recently merged with T-Mobile, and because of this, Sprint’s Call Screener is free for Sprint customers. In time, Sprint customers will be able to use T-Mobile’s Scam Shield. It’s not often that huge mergers like this benefit the consumer, so if you are on either Sprint or T-Mobile, definitely check out some of the other perks you might have. Right now, however, Sprint offers Call Screener Pro for $3/month. It labels or blocks suspected spam calls, and lets you report spam calls to improve the system over time.

We noticed Sprint’s page for their Call Screener app has moved since we last bookmarked it, so chances are you may need to search for it.

T-Mobile - Mentioned above, T-Mobile’s offering is called Scam Shield. It’s free for all T-Mobile customers, and gives you full caller ID and can block some scams before your phone even rings, and it gives you a proxy number that you can use when you don’t want to share your private phone number.

AT&T - AT&T offers their Call Protect app. There is a free version that will block known spam numbers, or you can set it to block all unknown callers. The paid version is $4 per month and adds full caller ID services and some other perks.

Verizon - Verizon customers might already have Verizon’s Call Filter app installed. It’s automatically enabled for Android users, and it’s on the app store for iPhone users. The free version offers spam call filtering, and shows you a log of blocked calls. For $3/month you can get caller ID services.

If you are on a different wireless carrier, you should call up their support or check out their website to see what kind of spam blocking they offer.

Beyond just your carrier, you may want to take a look at some of the apps that are available to stop spammy calls. In fact, AT&T’s Call Protect app was developed by the same people who made Hiya. Hiya is a free app for Android and iOS, and Samsung devices have a built-in call blocking service that is based on the same technology.

The Nomorobo app, which I can’t help but grin when I try to say it out loud, is the same technology that Verizon uses, except it’s $2 per month.

For iPhone users, the Firewall app not only blocks calls, but for $4 per month you can get access to one-time-use throwaway phone numbers to use if you don’t want to share your personal number.

No solution so far is going to 100 percent stop robocalls, and it’s important to be vigilant. As much as we might want to waste their time, yell at them, and get revenge for interrupting our dinner, the important thing to remember is that robocalls exist because they work to some degree. Somebody is making a profit off of them, which means somebody is falling for it and giving them what they want.

Just like anything, always stay vigilant and protect your data! For more tips, keep coming back to our blog.

More posts from author
Friday, April 09, 2021 What Options Do SMBs Have for Their Server Hosting?
Wednesday, April 07, 2021 Should Your Business See a Bigger Role for IT?
Monday, April 05, 2021 Can a Technology Meant to Sell Donuts Help Detect Cancer? 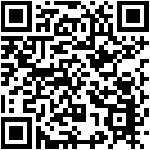 What Options Do SMBs Have for Their Server Hosting?
Today’s technology provides businesses with more options than they’ve ever had, including where they want to host their critical infrastructures. This decision will often boil down to between an onsite hardware implementation or utilizing the cloud. Let’s consider the differences that your decision needs to reflect.
Read More