Tip of the Week: Looking After Your Health at Work The office can be a stressful place to work, and sitting still for so long can be difficult to handle in terms of both physical and mental wellbeing. Some people can experience health problems or feelings of depression, dissatisfaction, and generally negative emotions. Here are a few pointers to help your staff avoid the feeling of being unsatisfied by their static jobs.

Stand Up
Every year, the average office worker will spend around 2,000 hours at their desk; that’s around a quarter of the year… sitting. With technology being so prevalent in the workplace, around 85 percent of American workers need a screen to do their job, and it causes considerable damage to the body. Sitting down can place users at high risk of muscular-skeletal disorders, diabetes, obesity, cancer, heart disease, and so much more. Working out often isn’t enough to offset the damage done, either; in sectors where long hours are required, users might not even have the time to make it happen. Changing it up every now and then can add several years back to your life. If you can’t avoid sitting all day at your job, then take proactive measures by improving your posture, which can make all the difference in preventing issues like arthritis and bursitis.

Eat Properly
Sedentary life has its own share of issues that are only further fueled by failing to eat properly. Fast food and high-carb or high-fat diets can lead to obesity and heart disease. Foods high in omega-3s and monounsaturated fats can help lower your cholesterol; examples of these include nuts, fish, and avocados.

The best way to avoid putting on extra weight is to be more mindful of what you ingest. For breakfast, you should begin with a meal of yogurt, fruit, or oats, then supplement any cravings with nuts, wholegrain crackers, and more fruit until you get to lunchtime. For lunch, you want foods high in protein and low in carbs, followed by low-carb snacks as needed in the afternoon. Dinnertime can often be a challenge, as some workers don’t get home until late in the evening. Still, avoid eating dinner too late, as it will have a negative impact on your metabolism.

Safeguard Your Mental Health
The modern office tests the limits of the average worker’s mental health. It’s important for a worker who spends the majority of their life working to feel some semblance of fulfillment from their job. There are those who routinely put in more hours of the daily grind at the office than they do getting a good night’s sleep. According to the Center for Disease Control, one in every three people don’t get enough sleep. The average adult’s ideal night of sleep is at least seven hours for maximum wellbeing and health. Yet, sometimes even a good night’s rest and a proper diet aren’t good enough for those who are under a heavy amount of stress on a daily basis.

Stress is known as a silent killer, and it’s one that takes many forms. It can be placed on one by themselves, but it also comes from external factors in the workplace, like demands from clients or coworkers. In some cases, it can even come from machines, like the workstations that we all use on a daily basis, especially when they don’t act properly.

Stress is a major problem for employers to deal with, too. A study by Harvard and Stanford in 2016 found that two out of three workers claim to be “always, often, or sometimes” taking part in unhealthy behaviors, like drinking or crying, as a result of the stress they feel from their job. Coupled with about 120,000 workplace deaths linked to workplace stress annually, it’s no surprise that mental health isn’t as high a priority as it should be.

Another mental health study performed by Mental Health America found major stressors included money troubles, a lack of recognition, and lack of satisfaction with their jobs. 71 percent of these respondents also indicated that they were actively seeking new job opportunities. Without any change to company culture, this kind of stress could have a devastating effect on an organization and its workforce.

For more tips and tricks to make your workplace more enjoyable, subscribe to JensenIT’s blog.

More posts from author
Tuesday, January 25, 2022 Keep Moving Forward with Comprehensive Monitoring and Management
Saturday, January 22, 2022 Monitoring Remote Workers is a Touchy Subject
Friday, January 21, 2022 Ransomware is Only Getting Worse in 2022… So What Can You Do? 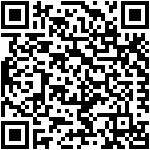 Ransomware is Only Getting Worse in 2022… So What Can You Do?
Ransomware has been commonplace for years, with no sign of it going anywhere anytime soon. Let’s take a few moments to examine the state of ransomware right now, and review how to keep it from impacting your businesses.
Read More