What is the Command Prompt For? While using your computer, you might have seen a black box pop up with a blinking cursor in it. This is what is commonly known as the command prompt. It’s helpful for IT administrators to perform certain tasks, but you probably won’t use it much yourself. That said, it’s fun to know what it does and what it’s used for!

What is the Command Prompt?

The command prompt is a tool built into the operating system of your computer that is used to execute various commands. These commands look like brief strings of text that are entered into the command prompt box with the blinking cursor.

The command prompt is most notable in the context of old MS-DOS systems, as it was used to navigate the system itself, much like how we use the keyboard and mouse today.

Why Do People Use the Command Prompt?

The command prompt is also frequently called the command-line interface program, or CLI. It uses executable files to perform various tasks. They will generally include the command name in addition to the conditions upon which the command will execute. Commands can be used for just about anything, with some of the more notable ones being to copy or delete files, format a disk drive, configure network information, ping an IP address, or shut down the operating system.

Will You Ever Need It?

Back in the day, computers were more difficult to navigate, as users had to do so through the use of the command prompt. Users would plug in specific commands to perform whatever they needed. These days, there is no such need, as the user interface of modern technology is much more user-friendly. Some tools aren’t accessible through the graphical user interface, but only your IT administrator will really need to use them.

Now, if you’ve ever looked into coding, you’ll know that it’s not simple and you need comprehensive knowledge to perform various tasks, particularly where an operating system is concerned. This is why we recommend you steer clear of the command prompt, unless of course you are a trained professional.

If you have questions about the command prompt or other parts of your technology infrastructure, we’d be happy to answer them. Just reach out to us at (847) 803-0044 to get in touch!

Facebook Twitter LinkedIn
Tags:
Technology Windows Computer
Here Are Some of the Best Ways to Limit Vulnerabil...
Tip of the Week: Keep Your Android Device Updated 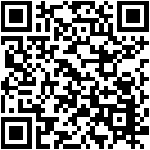 Don’t Get Caught Falling for These Sneaky Spam Tricks
I’m talking about when the heir to the Nigerian throne would reach out to your Hotmail account to help him secure his inheritance, or when an attractive woman or man you’ve never met before would email you out of the blue asking if you were single; spam has always been annoying, but back then, it was clearly just junk that could be ignored. Today, it’s not so simple.
Read More